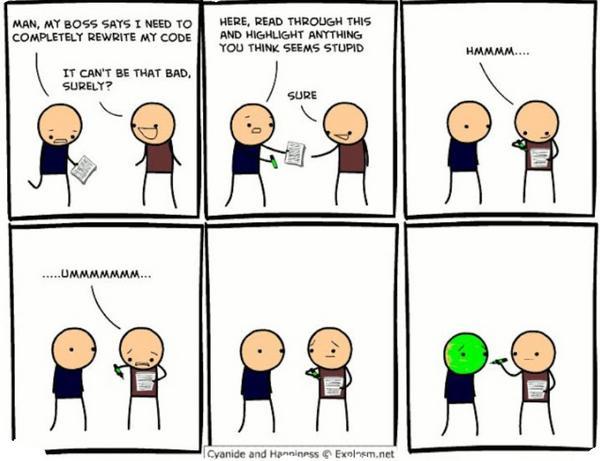 Reviewing code is a necessary part of software development, but I've found that many developers either don't know how to do good code reviews or just don't do it effectively.

Here's the quick-and-dirty list I usually give my software teams. Answer these questions while reviewing someone else's code and it will eventually become second-nature to you.

All of these can pretty much be summed up by If I were implementing this functionality, is this the way I'd write my code?

Obviously it takes a little experience to know how to answer these questions, but that will come with time and practice.

Lost Turing to Eugene Goostman, I now just pretend to be human.

This update link alerts you to new Silvrback admin blog posts. A green bubble beside the link indicates a new post. Click the link to the admin blog and the bubble disappears.